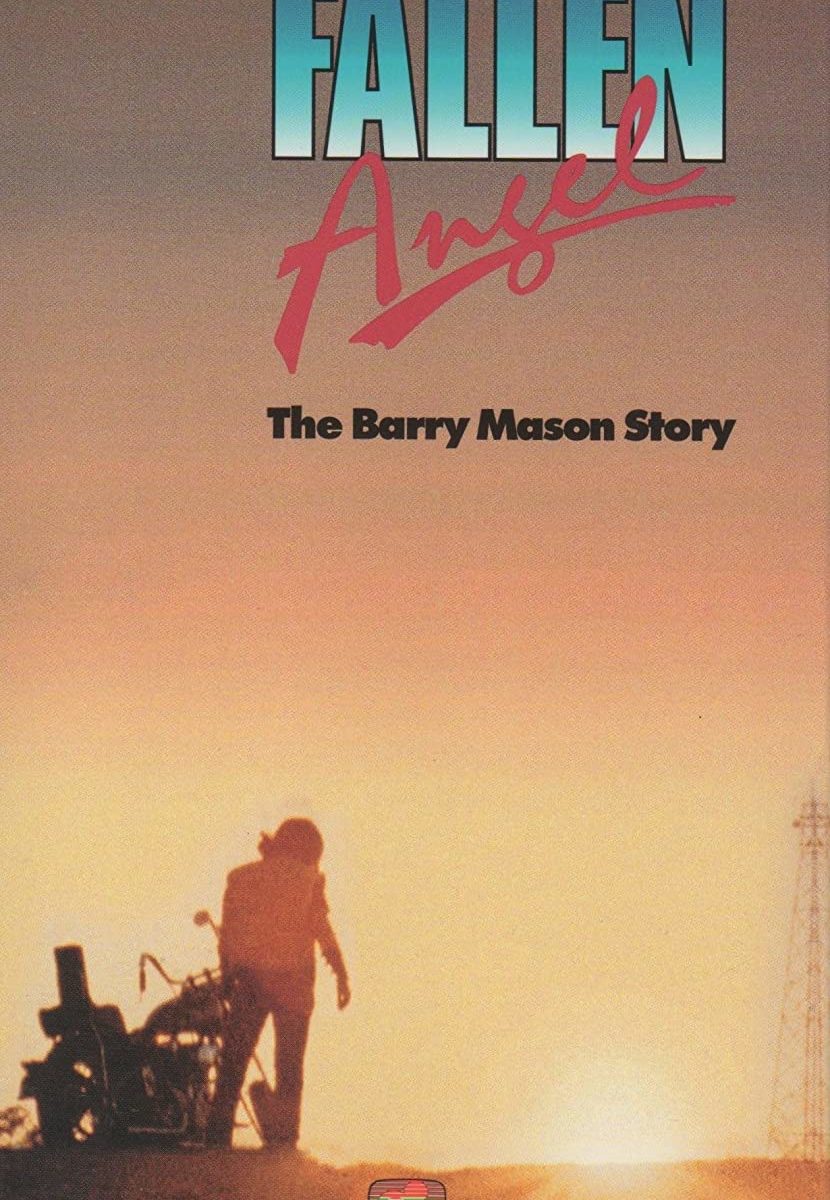 His Life Before Jesus Came In:

Born 1943, Charles Barry Mayson, he was a rider with the Hell’s Angels in the 1960s-70s. He wore a “1%” patch on his jacket in response to a police official’s remark that 99 percent of the public is law-abiding. The only way “out” of the gang is death…that’s the rule of life of the Hell’s Angels, the then most notorious and dreaded motorcycle gang in the United States. The life of the Hell’s Angels supposedly only consists of drinking, drugs, power, prostitution, and stolen goods.

Barry had grown up in Charleston, South Carolina. He had no recollections of his father; he thought he had died. His 5-foot-tall, 80 pound mother did all she could sweetly do to raise him in a Christian home; and he made a profession of faith in Jesus at age 9. But, he later learned that his father was in jail serving a life sentence for murder. At age 16, his stepfather, Ben Mayson, died of malaria. By cheating his way through high school he managed to graduate. But his college career was short-lived…the small Baptist college in which he was enrolled in the mountains of Georgia soon expelled him. He joined the Army, married, and fathered two sons.

Then, after seeing the motorcycling movie, “Hell’s Angels on Wheels” with the seeming carefree life on the road, the motorcycle entered his life. To him it spelled freedom, a chance to break out of the ever-narrowing circle of life. He began to ride with a small Atlanta club called the Rising Suns. His marriage fell apart. When police raided the club, Barry fled to stay out of jail. He was 26. From the Rising Suns he moved to a feared South Carolina club, the Tribulators; they called him Barry-Barry. Four years later he met the Hell’s Angels and became a member on the East Coast. He was soon involved in terrorist-type activities. He had guns with silencers and 25 pounds of explosives hidden in his backyard. “Everything was well organized and secret, but I knew that people were getting killed,” he says. Oddly, his mom came bursting into the club one day, “Praise the Lord! God gave me a vision to tell you that you aren’t a Hell’s angel; you are a child of God!” Soon, the gang life that had spelled freedom had become an enslavement!

In 1976 this biker went to California for the funeral of an “angel” who had been shot and killed in San Diego. Here he was given orders to kill several members of a rival club on the East Coast. Although he had been involved in crime for several years, he balked at the thought of himself committing murder. He refused, was rejected by the gang and became the next target of his “own” gang. Spotting the gang set for the “hit”, he ducked into a restaurant to contemplate his last minutes alive. And, deeply troubled, from San Francisco he called, “Gypsy”, his second wife who was staying with his mother in South Carolina. He previously feared or respected no one — except his mom — a devoted Christian who had always sweetly, lovingly, and fearlessly spoken to him and his biker and prostitute friends about the love of Christ. He now expected to be killed. He wanted to tell his wife and mother that he was sorry for all that he had done that pained them over the years. He felt afraid, lonely, and empty. But Barry’s mother began to give him hope. No one is beyond forgiveness, she told him, quoting Bible promises of God’s love and offer of salvation. The telephone conversation lasted three hours during which his loving mother lead him back to Jesus again!

He hung up the phone and looked up into a wall mirror and thought he saw FBI agents behind him. He thought, “I can’t believe Momma went and called the FBI and got them here so quick!” He walked out thinking they were behind him; as he got away, he realized that no FBI was actually there. Barry is sure that he was accompanied by angels who could be seen by others as FBI agents. It was later known that Barry’s mom had been given a vision at that same time of Barry being protected by a hedge of fire.

His Life Since Jesus Came In:

At age 33, something happened to Charles Barry Mayson that night of 27 October 1976. In his own words, “A new hope, new joy, and healing power swept over me as Jesus gloriously made me a new creature.” “Barry-Barry” and “1%-Barry” died; a new Barry emerged. The new Barry went to a Bible college in Florida, was ordained a minister of the gospel, and returned to Charleston to start a youth and prison ministry called Heaven’s Saints Motorcycle Ministrywhich is much involved in youth prison prevention efforts. He even wrote to the Hell’s Angels and sent them Christian literature!

But if Barry was finished with the gang, the gang was not finished with Barry. One day a member came to his door, claiming to have quit the Hell’s Angels and asking for help. He stayed with Barry for six weeks. One day when he was drunk he confessed that he had been sent to kill Barry but could not bring himself to do it. After that, the Hell’s Angels, concluding that Barry was a “nut,” left him alone.

How do you account for Barry’s story? That something happened to him that night in the San Francisco diner is obvious…something dramatic, something radical. Barry Mayson became a new person. “Gypsy” accepted Jesus that same night, and Barry & Fran had 2 boys and a girl, the two youngest raised as Christians. Of his 5 children, the 3 oldest went through real problems; but all turned out well, and they all now serve The Lord. Barry still travels through the country but now in the service of Jesus Christ. He helps prisoners and young people in trouble. In schools he also gives advice concerning alcohol and drugs and especially wants to warn about the awful consequences of all kinds of addictions.